Bennett Companies is a fully integrated boutique commercial real estate company based in New Jersey. We focus on the Development of retail and mixed-use properties (“Bennett Development) and Third-Party Services (“Bennett Realty & Development”) which include; Landlord/Tenant Representation, and Net-lease Investment Sales, Disposition, and Commercial Sales. This unique platform affords our clients and projects an unrivaled and diverse approach to accomplishment in a forward-thinking platform that utilizes the utmost tech and marketing/social approaches. With over 100 years of combined Company experience and in excess of $2 billion in valued transactions, we pride ourselves on our reputation, relationships, and experiences. 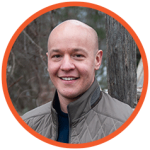 Tyler Bennett is the founder and CEO of Bennett Companies, which he formed in 2016 to create a vertically integrated commercial real estate firm based in Holmdel, New Jersey.  He has been in the real estate industry for over sixteen years, during which time he has completed more than 400 transactions on the worth more than $1 billion in value and multiple development projects in the retail, office, hospitality, and the multi-family space.   Tyler’s vision was to create a fully integrated commercial real estate firm that focuses on both development of multi-family and commercial development (Bennett Development) as well as advisory services (Bennett Realty & Development) all under the umbrella of Bennett Companies, which embodies his trail-blazing and entrepreneurial vision. Throughout Tyler’s career on the advisory side, he has completed transactions with some of the world’s largest retailers/restaurants including Walmart, McDonalds, Wendy’s, TD Bank, Walgreens, Chipotle Mexican Grill, Kay Jewelers, Sherwin Williams, and many others.  He has also completed transactions with the World’s Largest Property Owners including Triple Five Group, Brookfield Properties, Kimco Realty, and Westfield. This diverse perspective has earned him an impeccable reputation as a skilled deal maker and relentless professional. His rare insight delivers an unmatched intuitive approach to the transaction. Nearly a decade ago, Tyler began to transition his business into the fee development space, utilizing his relationships and reputation with Fortune 500 Companies who entrusted him to seek, acquire, and construct locations on their behalf: on time and on budget. During this decade, he amassed significant knowledge in the land development space with a focus in the New Jersey region that is riddled with red tape.  His depth of experience includes dealing with local land use boards, State Agencies, flood zones, utility authorities, environmentally sensitive sites, areas designated in need of Redevelopment, and Transit Orientated Developments (TODs). In the last five (5) years Tyler has completed several multifamily development projects in the City of Plainfield (Union County) where he was a visionary for what he felt was a City forgotten.  Before other developers believed in this City, Tyler was working hand and hand with the Administration of the City to create an Area in Need of Redevelopment surrounding the Netherwood Train Station which is serviced by NJ Transit.  He went on to source, acquire, and obtain full land approvals on four (4) different Transit Orientated Development projects totaling nearly 400 units.  This included navigated the local Planning Board, New Jersey Department of Environmental Protection, Union County, FEMA, and Army Corp of Engineers. In 2021, Tyler became a founding investment partner in a new restaurant start-up; Tio Taco + Tequila Bar.  As part of this effort, Tyler is responsible for all related real estate and expansion efforts for the brand. Since the investment, Tyler and his partners have gone on to open three (3) locations in New Jersey (Clifton, Marlboro, and Edison) and under construction in Delaware.  Tyler has been investing and buying real estate since he was eighteen (18) years old, utilizing capital from his first start-up Company, a mobile-detailing business.  A self-made success story, Tyler credits his supporting up brining to much of his success and his relentless and unwavering approach to every single aspect of his business. Today, among the items above, Tyler focuses on leading Bennett Companies which includes supporting the members of the Team while advising his own clients and brokering transactions. Tyler Bennett has a BA degree in Political Science from Montclair State University. He is a licensed real estate broker in New Jersey, Connecticut, Pennsylvania, and New York, and a member of the International Council of Shopping Centers (ICSC). He resides in New Jersey with his wife and two children.  In his spare time he enjoys participating in ultra-endurance races and to date has completed some of the most challenging distances in the world; including a 100-mile ultra-marathon. 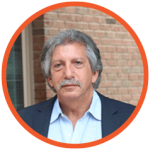 Joel Dicker has been in the real estate industry for 40 years. His career began on the tenant side with Pathmark where he performed site location research, sales forecasting, and consumer research. From there he went on to work for large retailers including Batus Retail, Jamesway, and A&P in various real estate capacities. In 2009 he made the jump from the tenant side into brokerage where he obtained his real estate licenses in New Jersey, New York, and Virginia. His key brokerage clients have included Lerner-Heidenberg, Onyx Equities, and First National Realty Partners. Joel’s focus at Bennett Realty and Development is landlord representation and development.

Joel’s experience from both sides of the real estate industry provides him with a unique perspective to understand what both tenants and landlords need. This insight and knowledge help to make him successful in choosing the right tenants for his landlord’s availabilities.

Joel graduated from Rutgers University with a BA in Urban Studies and resides in Marlboro with his wife Maureen. One of his favorite things to do when not working is to spend time with his children and his 3 grandchildren. 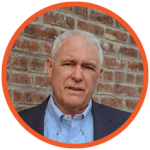 Bill Howard’s focus in the real estate market is in building both STNL and CRE assets for his clientele along with working with private, off-market development deals, acquisitions, and dispositions. After 37 years in the securities industry, Bill’s first foray into the real estate world was as an original team member and Managing Director of a start-up REIT. The REIT focused on STNL assets and today is approaching $500 million in assets. In addition to being the lead capital raiser, his role also involved acquiring real estate assets and developing lending relationships.

Bill brings with him his experience in the securities industry where he serviced and developed significant relationships with global high net worth, accredited, and qualified investors and his REIT experience to Bennett Realty and Development to enhance the comprehensive investment sales platform. His background provides him insight into all aspects of investment sales including diversified retail portfolios, multi-family, industrial, office, and medical properties. 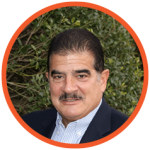 Rick Ramentol brings over 30 years of experience in Real Estate to Bennett Realty & Development where he is responsible for the proactive development of new business opportunities focusing on the retail and hospitality industries. Rick has worked on both the tenant and brokerage sides of the business during his career at many companies including Realogy, Wendy’s, McDonald’s, Marriott, Burger King, and Extended Stay America. With his corporate real estate and deal-making experience, Rick offers a unique perspective to his client’s in their site selection and asset management requirements. Throughout his career in commercial real estate, he has negotiated over 300 transactions throughout the United States.

Rick holds a BA in Political Science from Villanova University and a Masters in Public Administration from the University of Southern California. 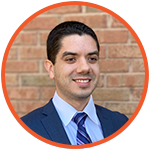 Matt Ardizzone has joined Bennett Realty & Development New Jersey’s office as a Salesperson. Matt will be an integral part of our expanding team with a focus on sales in New Jersey and New York.

Matt is a versed salesperson with over six years of commercial real estate experience with the Keller Williams Realty Firm and a few years of development experience. While at Keller Williams, he represented various clients and completed transactions that involved land, mixed-use, and commercial sale. His dedication to his work allowed him to become one of Keller William’s top agents in an office serviced by over 300 agents.

Mr. Ardizzone continues to hone his real estate skills by following ICSC and attending events such as the Commercial Real Estate Symposium sponsored by Exp Commercial.